Note: I had this sitting in my drafts folder, a remnant from my old Wordpress site. I can’t remember if I ever actually published in anywhere, but it serves as a reminder of how far we’ve come with my son, Benjamin’s, autism diagnosis. Original draft date was December 7, 2011.

FAIR WARNING: This post is going to be disjointed, haphazard and poorly written. I have a lot on my mind and need to let it out.

We took Ben to see a child psychologist at Riley Children’s Hospital. She had been recommended to us by our speech therapist when we wanted to get a better idea about how we could help Benjamin.

We also wanted to rule in or out Autism (and its various spectrum disorders).

We were told not to expect much, that it was too early for a diagnosis and the like. I didn’t adequately prepare myself (note: that’s what the kids call foreshadowing).

For a little over two hours, Ben played much like he does at home. He lined up colored pencils and crayons and sorted them by color from time to time. He ordered numbered blocks up to 16, at which point we ran out of 1’s. He matched his colors, grabbing the blue Weeble and the red weeble and then the purple weeble.

A speech therapist came in at one point to talk to us about apraxia. After talking with her, Ben certainly doesn’t have apraxia.

“I guess I’d like to know what we’re up against,” I said.

“I feel comfortable with a diagnosis of autism. We look for deficiencies in three areas … “

She trailed off a bit. I was fighting back tears, then made the mistake of looking over at my wife, whose tears were already streaming. I opened up a little bit then.

Ben was off in the corner lining up colored pencils on a table so he could push/roll them off the side again.

The rest of the session is a bit of a blur, one viewed their through fought-back tears that would well up whenever I looked at Ben or tried to ask a question. Like:

“How will he be later in life?”

“Will he talk at some point?”

We’re a day later at this point. I’m writing this at work, which I shouldn’t do, but I can’t not write this anymore.

We left the session with a lot of information: websites to visit, things to think about, resources to look into.

I’ve got emails out to the HR here at work to try to figure out what’s covered and what isn’t so I know what we’re going to have to do to get Ben the help he needs.

At the end of the day, Ben’s the same awesome little boy we had when we took him downtown to the children’s hospital. We’re lucky in a lot of ways. We have an early diagnosis so we can get him the help he needs quicker.

His temperament helps as well. Ben’s easy-going and not easily frustrated. He’s not aggressive. He doesn’t act out. He’s super-freaking-smart. He tends to listen and follow directions if you can get his attention. He’s cute, adorable and awesome in so many damn ways.

We are still figuring out what our next steps are. He can stay in the state’s First Steps program until he turns three, then we run into a gamut of public and private programs for him. We’re still sorting out what will work for us (see the HR email mentioned above).

And I know I’ll do whatever I have to do to make sure he gets whatever he needs, whatever that turns out to be.

Explorations in the developer hiring market 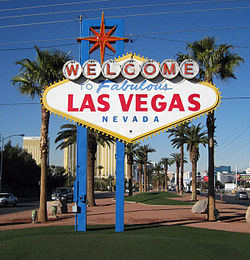